Is it really 10 years since the release of Manic Street Preachers’ eighth studio album and muscular return to form, ‘Send Away The Tigers’? 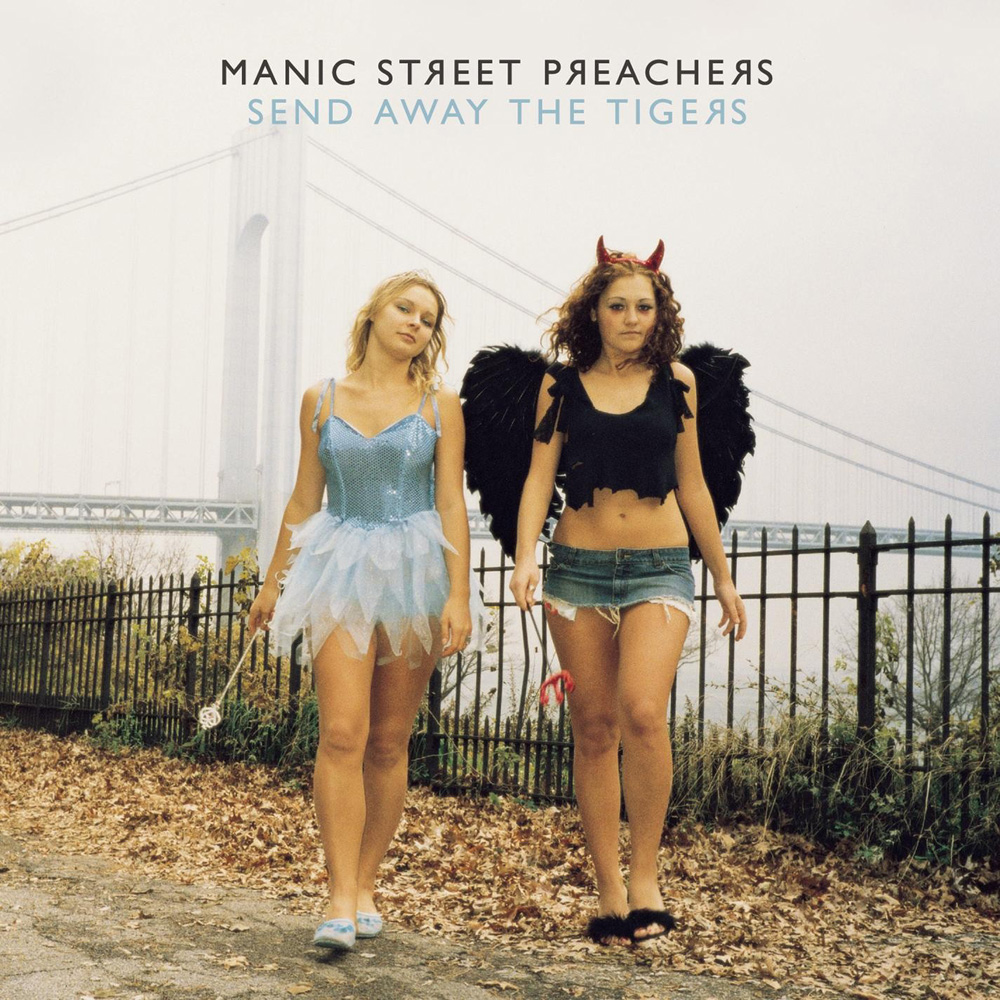 It was an album born of separation and consolidation. In the three years since the release of 2004’s ‘Lifeblood’, both singer-guitarist James Dean Bradfield and bassist-lyricist Nicky Wire had released solo albums in the shape of ‘The Great Western’ and ‘I Killed The Zeitgeist’ respectively.

Both records were marked by a sense of searching for purpose and meaning, as if both Bradfield and Wire were participating in an existential stock take, making note of what counted to them and what didn’t.

As evidenced by the music and lyrics contained within ‘Send Away The Tigers’, the time apart had done the band the world of good. The righteous ire was once more on fire and with it came music that shone.

The cinematic sweep of ‘Everything Must Go’ collided headlong into the rock fury that pumped at the heart of ‘Generation Terrorists’, and the result was an album that found Manic Street Preachers not so much re-discovering their voice as fine tuning it for a brave new world, that has such fans in it.

Fans were asked to send in images and videos that they thought would fit the theme of the song and the best of the crop – alongside archive footage of the band – formed the basis of the song’s accompanying video.

A taster indeed but the next single from the album, ‘Your Love Alone Is Not Enough’, gave a fuller, richer flavour of what expect. A duet with The Cardigans’ Nina Persson, this was Manic Street Preachers rocking up a storm. Yes, the strings that had been gracing their more recent releases were there but so too, and with far greater emphasis, were the guitars that slashed and burned once more.

On a more personal level, “Your Love…” also constituted the band’s most overt statement to date on the sad disappearance of Richey Edwards; “I could have seen for miles and miles/I could have made you feel alive/I could have placed us in exile/I could have written all your lines.”

Crucially, ‘Send Away The Tigers’ never feels calculated or contrived. This is a default setting being recalibrated not just for a new stage in life but also for a new decade, a new century and a new millennium.

That’s why this is an album that lasts and one that continues to resonate because it has its roots in honesty and truth. Which is the only way this thing can work. Manic Street Preachers know it and so do you.

And so to ‘Send Away The Tigers’ 10 Year Collector’s Edition.

Complete with b-sides, rarities, rehearsal footage, a DVD featuring promo videos and the band’s 2007 Glastonbury performance, plus a folio book containing artwork and handwritten lyric sheets from Nicky’s personal archive, this comprehensive re-release can only elevate the status of this album.

Not only was this an important record that re-connected Manic Street Preachers with their original muse and drive, it was also one that heralded a re-birth and opened a new chapter in their ongoing narrative whilst paving the way for some of their most stunning latter work. It also makes you realise how short ten years really are, and how not to waste them.