‘Two Friends, One Century Of Music’ is the perfect title to celebrate Caetano Veloso and Gilberto Gil’s 50 year careers: it features their greatest classics performed live. 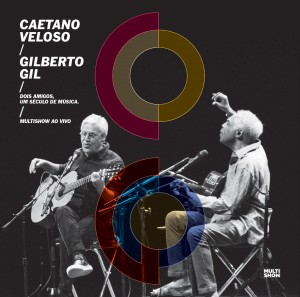 Since meeting in Salvador, Bahia in the early 60’s Caetano Veloso and Gilberto Gil have shared a lot of history together. The pair were jailed by the Brazilian military for being dangerous musical subversives in 1969 and later deported to London, England. They were allowed to enter back into their native Brazil in 1972, where Gil went on to become the Brazilian Minister of Culture between 2003-2008.

This new album displays the musical talent and ability of Veloso and Gil making it not only a gem in Brazilian music history; it transcends to a lifetime friendship and a celebration of two artists that have broken cultural, social and political barriers through music globally.

‘Two Friends, A Century Of Music’ is available to purchase on Amazon and iTunes now.