Manic Street Preachers have confirmed there will be a very special 20th Anniversary reissue box set of ‘Everything Must Go’ which will feature vinyl, CD’s, DVD’s and a book.

The band’s 21 song performance at the Nynex Arena in Manchester to over 20,000 people on 24th May 1997 has been fully restored, and will be available in full for the first time both on CD and DVD. Long-time collaborator BAFTA Award-winning director Kieran Evans (Kelly & Victor) has shot a new film to accompany the album. 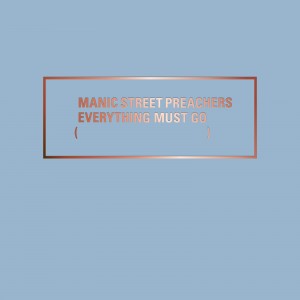 There will also be a double CD and both formats will be released on 20th May 2016, exactly 20 years to the date of the original album.  2016 also sees the band celebrate the 30th Anniversary of their formation in Blackwood, South Wales. 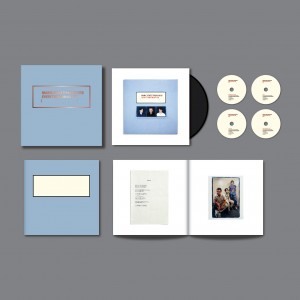 Originally released in spring 1996, ‘Everything Must Go’ was the band’s first massive commercial success. The record was certified triple platinum in the UK and went on to sell over a million copies and bag multiple Brit awards.

You can pre-order your copy of the reissue on Amazon now.