11 reasons why you should listen to Van Morrison right now

1/ VAN MORRISON WROTE ‘GLORIA’ AT JUST 18 YEARS OLD, in 1964
Back then he was part of the band Them, and rumours are that Jimmy Page played second guitar on it. The track was of course covered later on by another well known Morrison with The Doors.

2/ US PRESIDENTS ARE ALL VAN-ATICS
In 2005, the White House announced that ‘Brown Eyed Girl’ gets regular rotation on George W. Bush’s iPod. In 2009, Bill Clinton picked ‘Brown Eyed Girl’ in the top 10 tracks included on his signed iPod donated at an auction for victims of Hurricane Katrina. In 2015, ‘Moondance’ made its way into Barack Obama’s Spotify summer playlist ‘Night’. 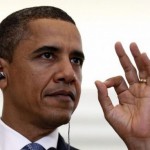 3/ AND ACTUALLY EVERYONE IS A VAN-ATIC…
Van Morrison’s songs have been covered by thousands of musicians from a wide array of musical genres: ‘Brown Eyed Girl’ was covered live by Adele and Bruce Springsteen, while Jeff Buckley did an amazing cover of ‘The Way Young Lovers Do’ (scroll down to the end of this page to watch their performances!). Actor Robert Pattinson also admitted “I went to see him recently where he performed [the 1968 album] Astral Weeks. I just spent the entire night crying, but I was really obsessed with Van Morrison.”
Hear more celebrity fans talk about Van’s influence here 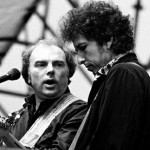 4/ … ALL EXCEPT…
It was Van Morrison himself who once famously said of ‘Brown Eyed Girl’ “I’ve got about 300 other songs that I think are better than that.”

5/ SIR VAN MORRISON WAS RECENTLY AWARDED HONORARY KNIGHTHOOD BY QUEEN ELIZABETH II
for “services to the music industry and to tourism in Northern Ireland”.
He declared: “Throughout my career I have always preferred to let my music speak for me, and it is a huge honour to now have that body of work recognized in this way.” 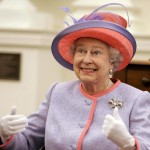 6/ HIS MUSIC APPEARS IN COUNTLESS SOUNDTRACKS
including An American Werewolf In London, Born On The Fourth Of July, Bridget Jones’s Diary, Fever Pitch, Girl Interrupted, Good Morning Vietnam, One Fine Day , The Departed, The Outsiders, The Royal Tenenbaums, Thelma & Louise, Wonder Boys and many more. 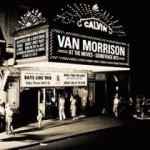 7/ VAN MORRISON PLAYED A CAMEO ROLE IN A MARTIN SCORSESE FILM
He performed ‘Caravan’ with The Band in the 1978 ‘The Last Watlz’ which commemorates The Band’s last concert appearance together before ceasing to tour, on Thanksgiving Day 1976.

9/ HE ONCE SHARED A BAGEL WITH ED SHEERAN

10/ HE IS CELEBRATING HIS 70TH BIRTHDAY WITH A LIVE GIG IN CYPRUS AVENUE IN BELFAST
Fans are flying from all over the world, you can listen to the concert here

11/ VAN MORRISON IS AN ABSOLUTE LEGEND AND 33 OF HIS ALBUMS ARE NOW FINALLY AVAILABLE FOR STREAMING
You can listen to them on Apple Music and Spotify. Don’t know where to start? We’ve got the ultimate playlists for you, so make sure to check back this space next week!