ARTIST OF THE MONTH: DEPECHE MODE

Once upon a time it might have been cruelly argued that the best thing to have come out of Basildon was the A13. Yet for all of the fun poked at the Essex new town built in the wake of the Second World War, no one would have imagined that it would go on to produce one of the biggest bands on the planet in the shape of Depeche Mode.

And not least the band themselves, especially when they were taking the train from their hometown to London with their synthesizers packed carefully in suitcases for their early appearances on Top Of The Pops.

Emerging from the club scene that had been inspired by the New Romantics, Depeche Mode’s ability to carve out their own identity in the wave of synth pop bands that arose in the early 80s was a key to their success. As was their resilience that allowed them to overcome the early loss of songwriter Vince Clarke in the afterglow of the success that followed their debut album, ‘Speak And Spell’.

So while the smart money was on Clarke, who would later form Yazoo, the short-lived The Assembly and the pop monster that is Erasure, Depeche Mode reacted by consolidating their sound with ‘A Broken Frame’ in 1982. But with Martin Gore taking on songwriting duties and developing an interest in industrial music following the epiphany of seeing German pioneers Einstürzende Neubauten in action, Depeche Mode moved forward with 1983’s ‘Construction Time Again’.

Their newfound curiosity in the nascent sampling technology saw them break new ground with ‘Some Great Reward’ while its follow-ups, ‘Black Celebration’ (1986) and ‘Music For The Masses’ (1987) revealed a development in a harder-edged but no less melodic approach that would win Depeche Mode legions of new fans the world over.

Crucially, Depeche Mode never lost their ability to create hit singles. So while albums such as ‘Violater’ (1990) and ‘Songs Of Faith And Devotion’ (1993) saw the group sailing into new sonic waters, the likes of ‘Personal Jesus’, ‘Enjoy The Silence’ and ‘I Feel You’ ensured Depeche Mode’s status as dependable chart regulars.

It was precisely Depeche Mode’s resilience that helped them overcome the personal problems and line-up changes that would have felled lesser acts. A four-year hiatus was broken with 1997’s ‘Ultra’, wherein Depeche Mode once again adapted to the changing landscape in and outside of the band. And, as evidenced by the colossal tour that supported ‘Exciter’ (2001) with 1.5 million fans who flocked to the 84 gigs played in 24 countries, Depeche Mode’s popularity showed absolutely no signs of abating.

Depeche Mode’s development in sound has seen them maintain their well-deserved and exalted status in the 21st century. ‘Playing The Angel’ (2005), ‘Sounds Of The Universe’ (2009), ‘Delta Machine’ (2013 and ‘Spirit’ (2017) have continually evolved to encompass new sounds and songwriting contributions – notably from singer Dave Gahan – as well proving their enduring box-office appeal. 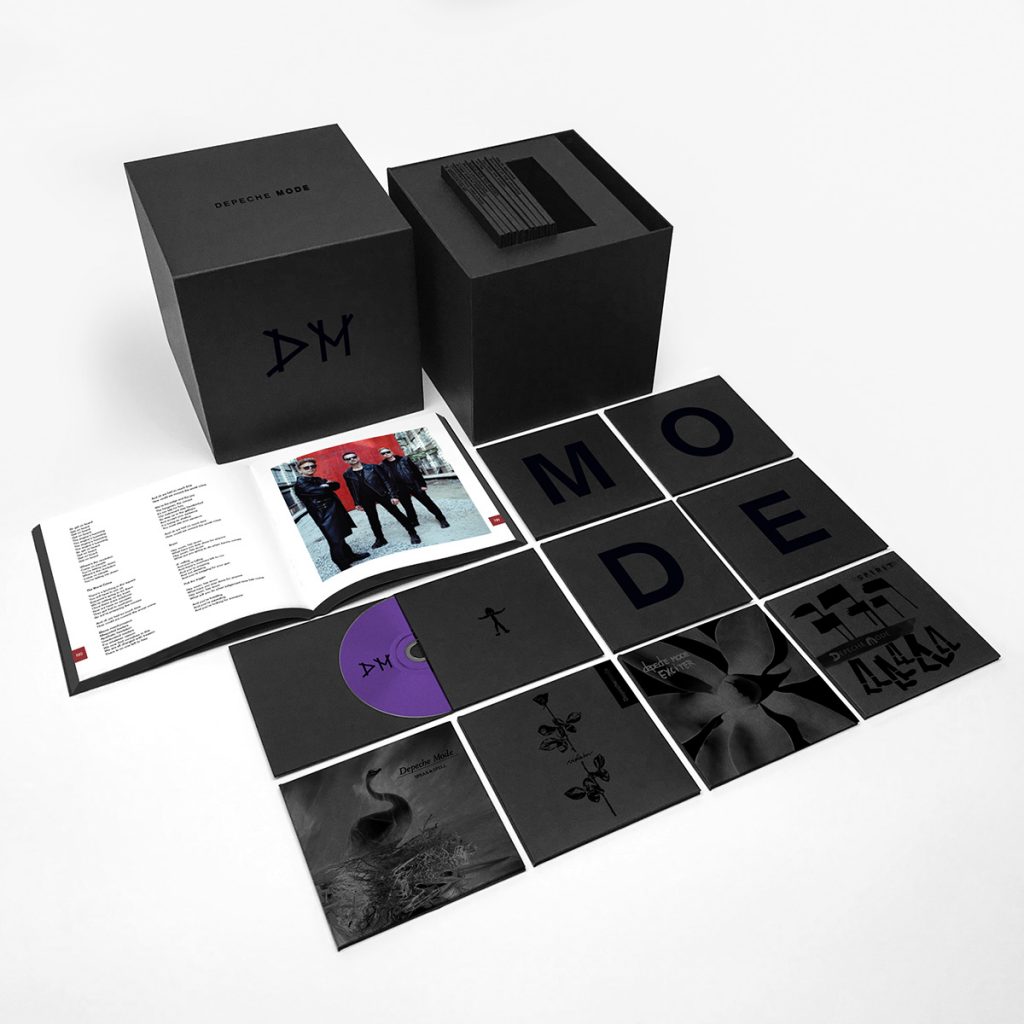 All of this and more are yours to explore with the mammoth ‘Mode’ box set. Released on January 24, this sumptuously housed package contains all 14 studio albums, as well as four discs of non-album singles, B-sides and bonuses.

Think you just can’t get enough? Think again and celebrate one of the most innovative and admired bands on the planet.