80’s music? Why I think Thrash Metal and not Duran Duran

Be honest… you still have that Metallica T Shirt sitting at the bottom of your wardrobe don’t you?

Whilst it’s been growing mouldy, you’ve been doing adult things like marrying and having little versions of yourself. But you’ve not forgotten about it, often thinking of getting it out and stretching it over the portlier version of yourself.

You then begin to go through the records under your bed. Finding what you wanted, you blow the dust off the black cylinder disc, laying on the turntable it begins to spin. The needle drops and after a small bounce it settles… it crackles. Then, that familiar rumble.

It’s been years, decades, since you’ve listened to this but you’ve transported back. After a crescendo of thunderous drums, razor guitars and juggernaut bass, and then a second, the main riff for Hit The Lights begins. 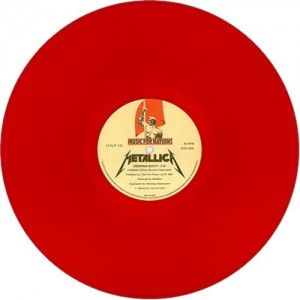 The first track off Metallica’s debut album, ‘Kill ‘em All’. You sit back and smile… you remember now that this record changed your life. It changed many people’s lives. In fact… it changed pretty much everything.

Of course Heavy Metal existed before Metallica. Sabbath, Purple, Zeppelin and others had been going at it for over a decade by 1983, but ‘Kill ‘em All’, the seventh release on the newly formed Music For Nations Records, was seminal. 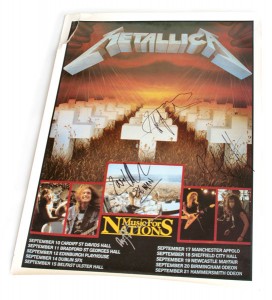 Few bands before had had such an colossal impact on a genre. But what was happening in San Francisco, their adoptive home, and the surrounding cities was different from what had preceded them. The music was faster, heavier, more aggressive. The band’s labelled themselves Power Metal, but it was Kerrang! journalist Malcolm Dome who coined the term Thrash Metal. It fit and it stuck.

There were a few independent labels around this time, picking up bands from this emerging scene; Roadrunner from the Netherlands, Megaforce and Metal Blade from the U.S, Neat from Newcastle. But two stood out for having fine taste and an adventurous signing policy. London’s Music For Nations and New York’s Combat Records. Between them they were releasing and licensing albums by all but a few of the heavy weights of the genre including Metallica, Megadeth, Anthrax, Exodus, Dark Angel and Nuclear Assault. All the band’s on this list are still going strong, and there are 100s of others who still are from the 80s. Can’t say that about the New Romantic scene now. These band’s toured relentlessly together, often sponsored by the labels that signed them. 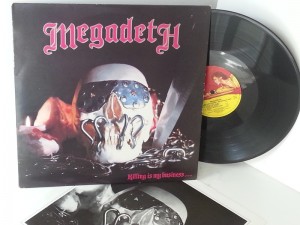 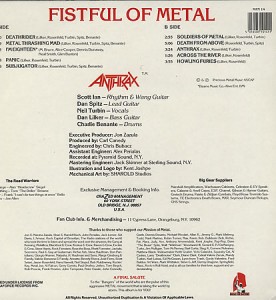 Combat closed its early in the 1990s, with its catalogue becoming part of the Sony Music. Music For Nations joined the same musical family and also shut its doors early into the millennium. But the music, the artists and the fans remained strong.

So it was this year that not only did Music For Nations open their doors for business again, but one of its first jobs was to bring the Combat Records catalogue into the fold. For the first time many of these releases, so key to the Thrash Metal scene, have been given a digital release, making them available of download stores and streaming services. So a new generation of music lovers, those without those traditional dusty music boxes, can hear and experience the band’s the played a pivotal role in the heavy music we hear today. 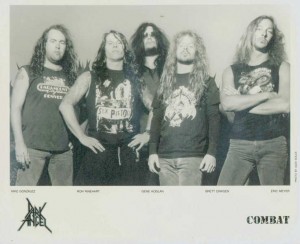 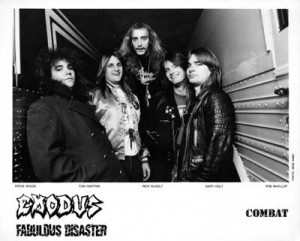 It is with great pleasure to share with you a playlist with some essential 1980s thrash. No videos on a boat, no makeup, no dancing girls or over produced pap. Raw, Raging, Thrash METAAAAAAAL!!!! 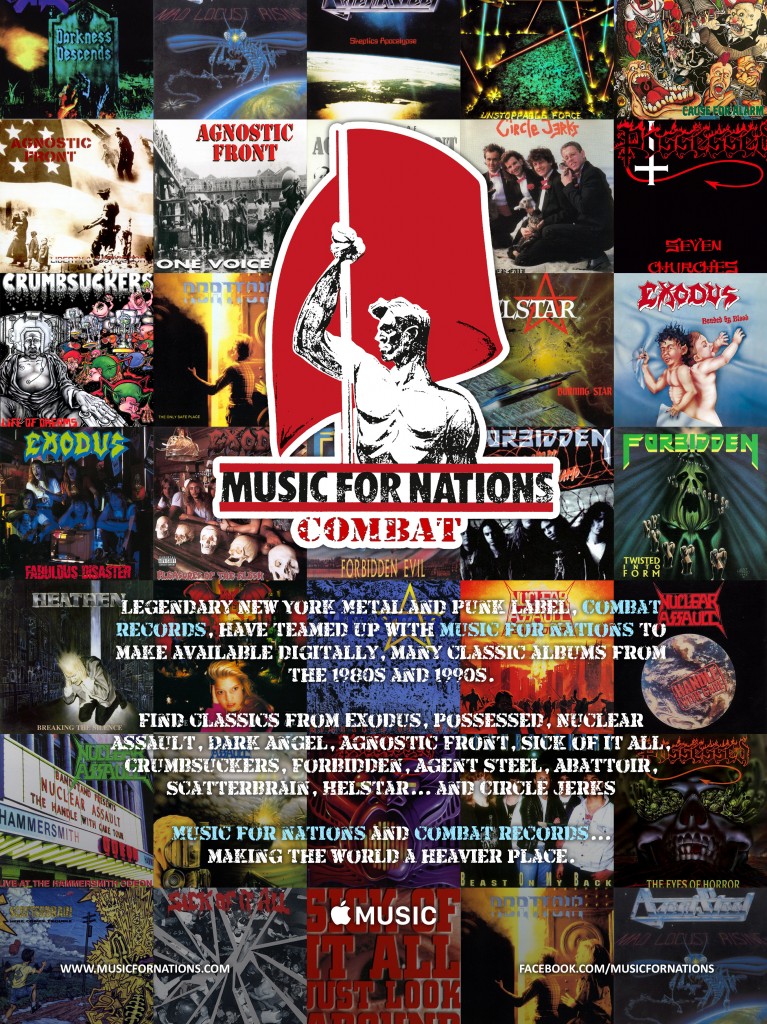