Artist of the Month – Jeff Wayne

40 years on from perhaps his greatest masterpiece – and in the year that will see War of The Worlds return to UK stages as well as turntables worldwide – we’re celebrating the orchestral genius of Jeff Wayne.

Though the 1970s will forever carry a reputation for bloated excesses both within the environs of the recording studio and the arena of performance, what’s also undeniable is that this was a period rich in immense ambition and creativity that resulted in era-defining albums and music.

Since the closing overs of the 1960s, the recording studio had become as much an instrument as the tools toted by musicians, and for those composers and producers possessed of innate talent, panoramic vision and daring, this was an opportunity to be seized with both hands. 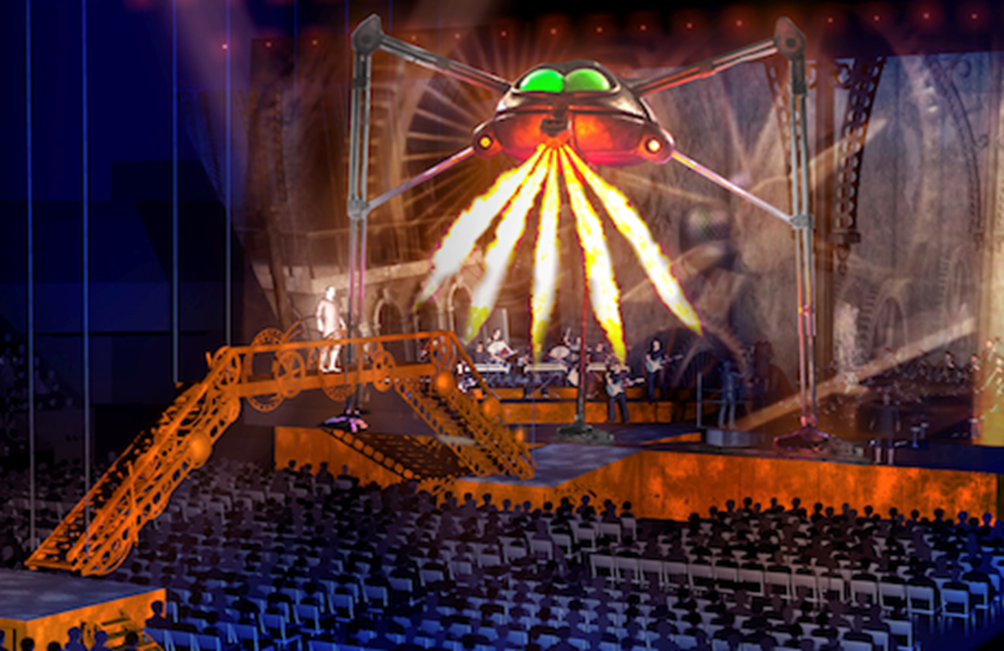 And if one album comes to the define the autumn of this burst of inspired ingenuity, then ‘Jeff Wayne’s Musical Version Of The War Of The Worlds’ is it.

Though he was hardly a household name before the album’s release, Jeff Wayne’s work had already established itself in the minds of the record buying public. His work on a musical version of Charles Dickens’ ‘A Tale Of Two Cities’ had been warmly received at the tail end of the 1960s.

Elsewhere, his production on David Essex’s 1973 trans-Atlantic smash, ‘Rock On’ – a bizarre yet chartbusting amalgam of glam and dub that revelled in rock’n’roll mythology – still stands the rigorous test of time. And his advertising jingles – most notably the memorable ‘Gordon’s Gin’ (later covered by Human League) – entered just about every British home with a television.

Yet for all that, Jeff Wayne will forever be known for his 1978 masterpiece. Released almost 40 years to the day since Orson Wells changed the face of radio with his still notorious broadcast version of H.G. Wells’ classic sci-fi tale of Martian invasion, ‘Jeff Wayne’s Musical Version Of The War Of The Worlds’ made as much of a cultural impact on a global scale.

And of course the sonorous authority of Richard Burton’s instantly recognizable baritone voice that narrates this tale of courage in the face of seemingly insurmountable odds.

Even at a remove of almost forty years since the album’s release, the cast list is still an impressive achievement in itself but it’s the final artifact that this incredible grouping of talent created – all under the watchful eye and sharp ear of Jeff Wayne – that truly stuns and beguiles.

This is progressive rock at its very best, music that moves forward to break with convention and predictable results. A sonic journey and example of masterful story telling that’s universally appealing, it’s little surprise that sales of ‘Jeff Wayne’s Musical Version Of The War Of The Worlds’ are measured in the millions.

Similarly, it’s residency in the UK album charts takes up over 300 weeks. And like the very best albums for which the term “classic” is applied, Geoff Taylor’s cover art is one of the most instantly recognizable images created for an album. 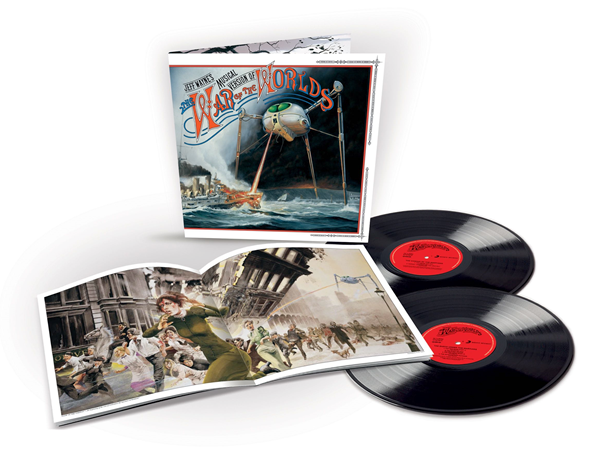 As the equally-groundbreaking stage show returns to stages up and down the country this year, ‘Jeff Wayne’s Musical Version Of The War Of The Worlds’ has been re-mastered for the superior sounding audio experience that’s demanded by 21st century audiences.

Presented in its original double-vinyl format and double gatefold sleeves and a 16-page booklet, this is a joy for the album’s long-standing fans that’s also set to win over a new generation of devotees.

‘Jeff Wayne’s Musical Version Of The War Of The Worlds’ is available to pre-order now – CLICK HERE.

Tickets for the ‘War of the Worlds – Alive’ stage show are available now – CLICK HERE.