ARTIST OF THE MONTH: PRIMAL SCREAM

As we prepare to release the never-heard-before original Memphis recordings of ‘Give Out But Don’t Give Up’, Primal Scream our are Artist of the Month for October.

While the origins of Primal Scream’s fourth album ‘Give Up But Don’t Give Up’ can be traced back to 1992’s ‘Dixie-Narco’ EP, the story of its recording and what was shelved and eventually released in its place has been shrouded in mystery and speculation ever since.

But what can be agreed upon is that no one was expecting an album fuelled by rock’n’roll, soul, country and funk to follow in the wake their epoch-making and ground-breaking third LP, ‘Screamadelica’.

Yet with the benefit of almost a quarter of a century’s hindsight, it all makes perfect sense. Primal Scream were smart enough to make the connection between the groove of the late 60s and what came immediately afterwards with the empathetic and euphoric new eclecticism of the early 90s that followed the Second Summer of Love. And coming down from the extended wave that swept Britain, heading back to the source of it all was a natural move.

Having decamped first at the legendary Muscle Shoals Sound Studio in Alabama to hook up and rehearse with the crack rhythm section of drummer Roger Hawkins and bassist David Hood, the band headed back north to Memphis, Tennessee, to begin work on the album with celebrated producer Tom Dowd. And it was there that Primal Scream down laid the tracks that would take them in a whole new direction as they embraced and built upon the influences that lay at the heart of their music.

Despite the work that had gone into creating the new album, something about it didn’t quite sit right with Primal Scream. Along with then-label boss Alan McGee, the band shared a sense of confusion, underwhelmed by what they heard. Various remixes were called for, one led to another and in the process the flavour of the album changed to become the record that was eventually released.

And even then something nagged at the band over the years; a feeling that perhaps they got it right the first time. The recent discovery of the original tapes gave Primal Scream pause for thought and a need to re-examine the original work. 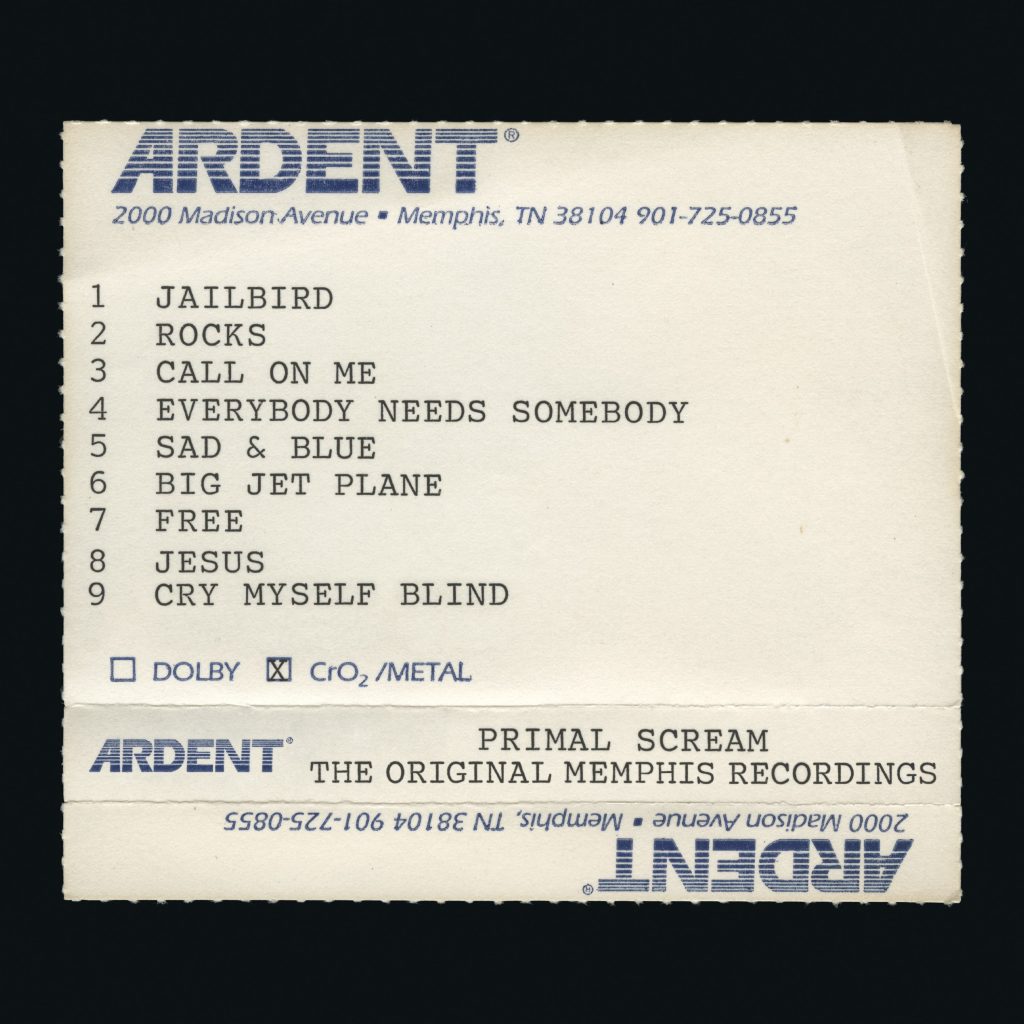 “I felt we went down there with such good intent, but somehow we lost our way afterwards,” frontman Bobby Gillespie admits. “There’s definitely a lesson to be learned about how creativity can go down the wrong track. We’re a band that constantly keeps moving and doesn’t look back, but, for years, I felt bad about us going to Memphis and not doing what we set out to do. Hearing these songs after all this time has made everything all right again. I feel redeemed.”

To listen to the original versions of ‘Rocks’ and ‘Jailbird’ – songs that have woven themselves into the cultural fabric – is to hear a more organic sound than perhaps you’re used to. The groove is still firmly in place, but there’s greater warmth, a bigger sense of humanity. And just check those ballads that ache and yearn. This is naked, emotional honesty and that’s what lies at the very heart of soul music. Primal Scream may not have known it at the time, but they’ve got the message now. And like the band, you’ll see that these are songs to fall in love with all over again.

With Primal Scream’s 2000 album, ‘XTRMNTR’, about to celebrate its 20th anniversary, it’s entirely apposite that we should focus our attention on the record’s lead track and third single, ‘Kill All Hippies’.