Artist of the Month – Ray Davies

“America: the land of ice cream, apple pie, guns and the Wild West,” muses Ray Davies on ‘Our Country: Americana Act II’, the follow-up to 2017’s ‘Americana’ and the second musical companion to his 2013 book of the same name.

It’s an innocent enough view to take, and one that’s filtered through the eyes of the young Ray Davies who grew up in the post-war austerity years on a diet of rations and American influences that included black and white cowboy flicks and the dazzling colours of rock’n’roll’s Big Bang.

But with years of experience behind him from a life well lived, here Davies turns his gaze and guides his muse westward to consider, among other things, the symbiotic relationship between the influences that America has had on him, and the influence that he and his music have had on the Home of the Brave and the Land of the Free.

Crucially, at a time when a US President talks of building walls and not bridges, Ray Davies uses this synergy as a springboard to consider the nature of both immigration and emigration, an experience that this globally celebrated singer and songwriter knows only too well. But not only that, Ray Davies uses the incisive observational skills that have been at the heart of his own songwriting to ponder a nation whose own painful birth was the result of invasion and mass immigration.

As with the album’s predecessor, ‘Americana’, Ray Davies is once again joined at his famed Konk Studios by Minnesota’s magical The Jayhawks, a roots band that can turn its hand to any number of country music’s numerous variants and niches. Be it the honky tonk of ‘The Empty Room’, the neo-Zydeco of ‘The March Of The Zombies or even the alt.country of ‘Oklahoma USA’, each song is played with the conviction and authenticity of musicians who know that they’re dealing with more than just notes and scales. This is the real deal.

Davis is unafraid to confront his own past with an honesty that’s both heartfelt and refreshing. Moving across the vast landmass of North America, his memory alights in The Jayhawks’ home state as, to the backing of driving country rock, he recalls a rock chick from some long, distant encounter on ‘The Take’. Elsewhere, he confronts his mortality once again as he relives the moment he was shot in New Orleans, which to him is not so much The Big Easy as ‘The Big Weird’.

Punctuating the songs are spoken word pieces as Muswell Hill’s most famous son and bard pauses to consider the country that at once beguiles, frustrates, infuriates and forever seduces. This is a land of contradictions, differing points of view and disagreements on what exactly it is that constitutes the American Dream.

“For better of for worse, my adventures in America have made me a wiser person,” concludes Davies at the end of his adventure. “And now I’ve been given the chance to out my life back on track. Meanwhile, I’ll celebrate my origins; I am a Londoner, after all.”

He’s more than that. As displayed by ‘Our Country: American Act II’, he’s a man of the world. 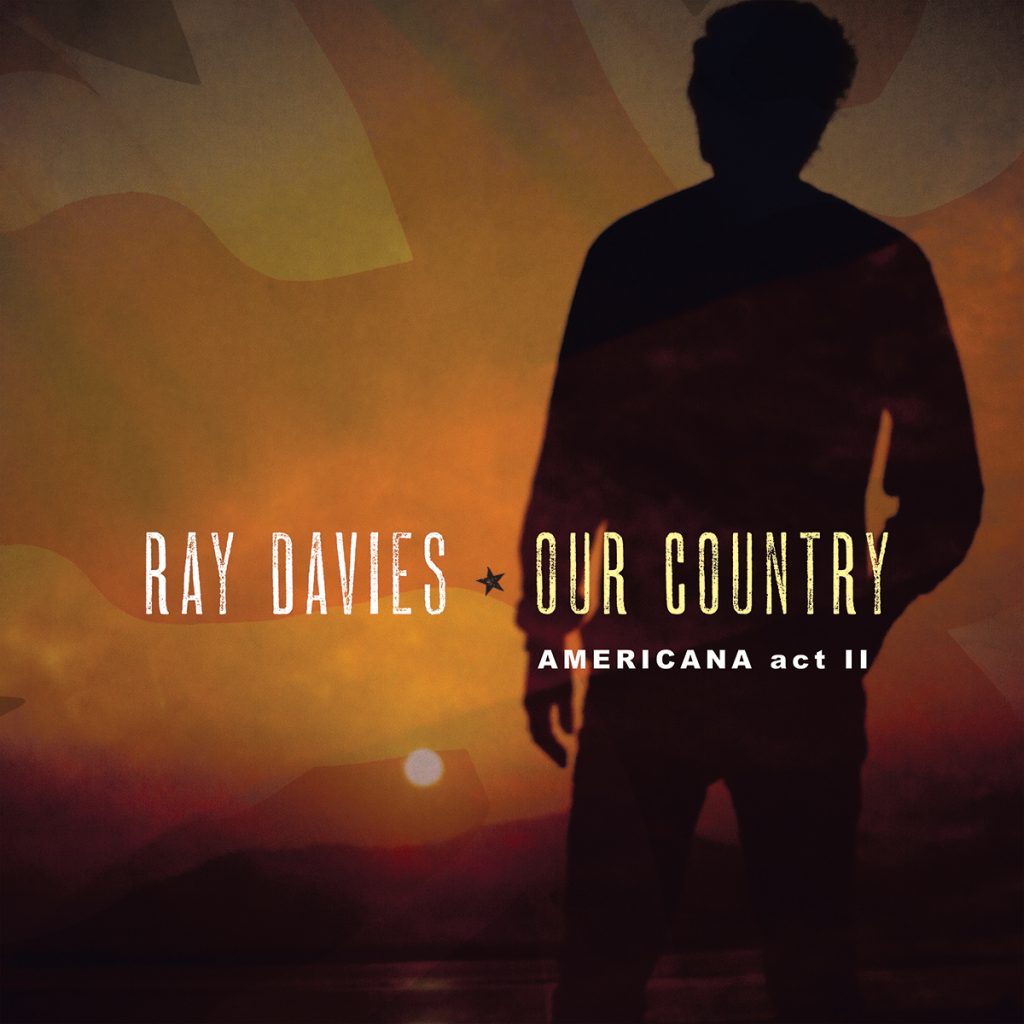