Judas Priest – The Story of the Original Metal Gods

In fact, they were arguably the first band to embrace the term. And, in a distinguished career that spans more than four decades and 17 studio albums, they’ve constantly explored all facets of the genre.

The bare facts are impressive enough.  Priest have sold close to 50 million records to date, have had 11 top 30 albums in the UK and nine top 40 successes in America. You can add to this three top 20 singles in Britain, plus a brace of top 10 hits in the States. But this doesn’t even begin to do justice to the story of band who’ve inspired successive generations of metalhead.

At the heart of the story is stunning musicianship.

In metal terms, Priest created the whole concept of the dual guitar, and nobody has ever done it better, firstly with Glenn Tipton and KK Downing, now with Tipton and Richie Faulkner.

Rob Halford’s vocals are both unique and inspirational. No-one has ever sounded quite like the Metal God, yet his high standards have cajoled others into raising their sights.

And let’s not forget that bassist Ian Hill has been an unprepossessing yet vital ongoing presence, forging a formidable rhythm partnership with some remarkable drummers, of which Scott Travis has been the most long lasting and the best.

What has also imbued the Priest parable has been a constant search for ways in which to invest their music with fresh insights. If early albums like ‘Sin After Sin’ and ‘Stained Class’ established the template for the band’s 1970s assaults, then ‘British Steel’ in 1980 hoisted the bar to unprecedented heights – it is one of the most crucial metal albums of all time.  In 1982, the band added a commercial edge with ‘Screaming For Vengeance’, proving before anybody else that it was possible to sell millions of copies without compromising on your power and passion for metal.

And then, in another successful twist, during 1986 the band streamlined their sound, introducing a synthesiser touch to the genre for ‘Turbo’ – again, being ahead of the pack.

While many others were ignoring the way in which technology had changed the face of rock and metal, Priest openly embraced it. They introduced guitar synthesisers, while the overall sound was streamlined and a lot more in line with the way in which more mainstream bands were upgrading their approach. Moreover, the songs were linked more closely to the realities of life, rather than the essentially fantasy based subject matters of tracks on previous albums. Songs such as ‘Turbo Lover’, ‘Locked In’ and ‘Parental Guidance’ were definitely anthemic, as you expect from this band, but in a manner that  proved they were fully aware of the artistic demands in a shifting scene. This was an album that excited the older fans, while introducing Judas Priest style metal to a new audience. The band were blasting, but with a subtle influx of fresh ideas.

But moving on from this, you want primal thrash? In 1990, they gave us ‘Painkiller’, as hard and heavy as anything being put out by those young thrashing pretenders. And taking things ever further, in 2008 Priest delivered the conceptual goods with ‘Nostradamus’.

And therein lies the secret of why Judas Priest have always been modern metal mavens and yet mavericks. Because they’ve never been content to tread water and become formulaic. Of course, there is a Priest blueprint – their style and sound is unmistakable. But within this parameter, the band aren’t afraid to take risks and embrace the moment. That’s why they were hailed as giants in the NWOBHM era, acclaimed as masters during the 1980s in America, lauded as giants by the extreme metallers in 1990, and then applauded in recent times by lovers of progressive metal.

Oh, and let’s not forget there are few bands of any description who could hope to live with them live. They’re simply unstoppable and irresistible when they get into the groove. The leathers, the motorbike, the choreography… it’s all part of the Priest charm.

And they’ve captured what they do onstage on some landmark albums and DVDs, from 1979’s ‘Unleashed In The East’ to 2016’s ‘Battle Cry’.

Judas Priest are one of the elite metal bands. Nobody does it better than them.

Their catalogue of music stands as a testament to their place as one of arguably the three or four most important bands in metal history.

But what makes them stand alone is the striving to meet new challenges.

Fall to your knees for the Priest, if you please! 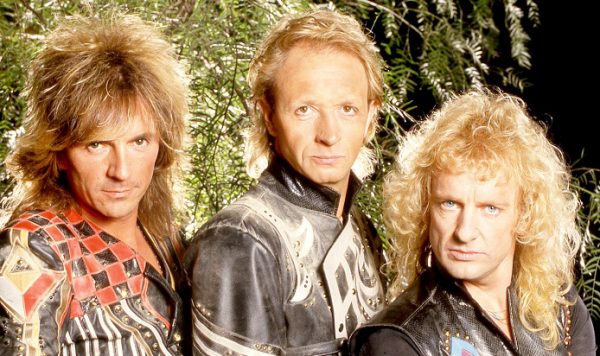 The seminal Judas Priest album ‘Turbo’, remastered with two bonus discs, is due for release on February 3, 2017…