This August, we bring you Pitchfork’s definitive Best Tracks of the 1970s;
Reactions to punk from the likes of Kate Bush, Paul McCartney and Bowie for Australian TV Show Countdown’s End Of the Decade special in December 1979;
Adam Ant starring in a 1981 comic book origin story in TV Tops Magazine;
further reading as the likes of Nicky Wire, Viv Albertine and Jon Savage pick their favourite music books for The Guardian;
Ace Records head Liz Buckley talks of her love for Iggy Pop for Standard Issue Mag;
and an incredibly touching tribute from Patti Smith for Lou Reed on his death in 2013, in the New Yorker.

“The 1970s was arguably the single decade of the 20th century when recorded music was most central to culture. Disco, punk, records from Jamaica… as culture moved in every direction at once, there were more great songs than anyone could count…” 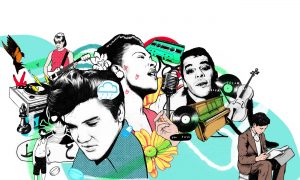 Musicians and writers choose their favourite book about music – The Guardian

“Some people say that a record or a film changed their life. In my case, it was this book, back in 1990. My hardback copy has a Biro inscription in it: ‘To Nick love Richey, James and Sean, 28th September 1990’…” 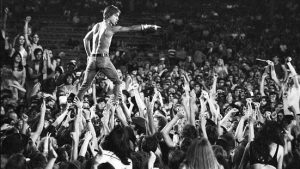 “I first realised Iggy was amazing when I was around 12 years old. A record collector from a young age, I, like many music lovers, organised my albums, made lists, learned lyrics and generally kept a tight ship on this eminently organisable hobby of mine. Then I saw Iggy Pop on Top of The Pops and all sense of law and order went out the window…” 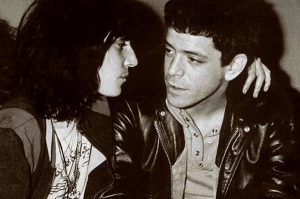 “As my band evolved and covered his songs, Lou bestowed his blessings. Toward the end of the seventies, I was preparing to leave the city for Detroit when I bumped into him by the elevator in the old Gramercy Park Hotel. I was carrying a book of poems by Rupert Brooke. He took the book out of my hand and we looked at the poet’s photograph together. So beautiful, he said, so sad. It was a moment of complete peace…”

The likes of David Bowie, Kate Bush, Paul McCartney and Stevie Wonder attempt to explain the still fresh impact of punk at the end of the 70s.