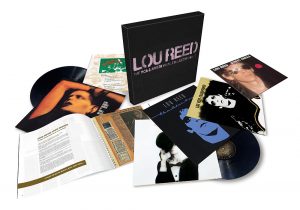 Order your edition of the CD boxset and Vinyl boxset on Amazon now.

No one has ever understood the primordial essence or the visionary potential of rock & roll better than Lou Reed, the quintessential New York rocker… 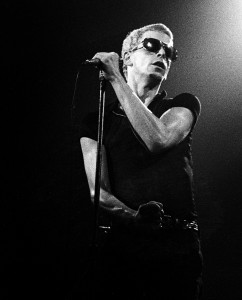 Reed was an incredibly inspirational artist and we are proud to announce the much-anticipated release of Lou Reed – ‘The RCA & Arista Album Collection’ on Friday, October 7th 2016.

Lou Reed – ‘The RCA & Arista Album Collection’ for the first time in one comprehensive anthology brings together the 16 groundbreaking studio and live albums written, recorded (and often produced) by Reed as a solo artist following the 1970 dissolution of the Velvet Underground, the profoundly influential avant-rock ensemble he’d founded in 1965. 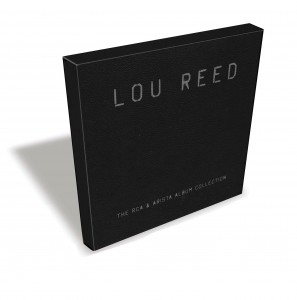 “This box set was Lou’s last project. He oversaw the remastering of all of his solo recordings made for RCA and Arista Records….This work was done at New York’s Masterdisk in June and July 2013.” – Hall Wilner 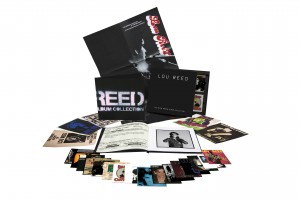 Lou Reed – ‘The RCA & Arista Album Collection’ is the ultimate tribute to an essential epoch in Lou’s career as a transformative figure in American music.

Order your edition of the CD boxset and Vinyl boxset on Amazon now.

Watching this video from 1986, you’d be forgiven for thinking that Lou Reed was less a product of the Golden Age of Rock’n’Roll and more a creation of Skynet.

The 1980s proved to be a cruel and unforgiving time for many artists of a 1960s vintage but Lou Reed had always been cut from a different cloth….

Get to grips with one of the most comprehensive collections of Lou Reed’s solo work, available now.

Our Artist of the Month is the late, great Lou Reed. Explore his legacy here.