New York is one of the few cities in the world to rival London for the diversity and depth of its musical heritage. Around every New York corner are famous, and more hidden, histories.

Following our London Legacy Map, we’re proud to present a look at New York City, from Harlem and the Bronx, through Manhattan, Brooklyn, and down to Coney Island, as we take original, iconic shots of our favourite musicians (be they album covers, photoshoots or video stills) and superimpose them on the modern day scene. Navigate the map below and learn more about the history of the shots, and see the larger photos below.

Head on over to Popspots NYC for more brilliant images! Happy further exploring! 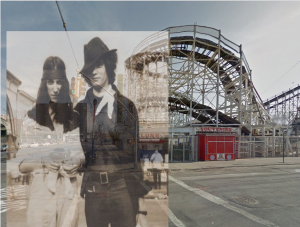 Patti Smith and Robert Mapplethorpe at Coney Island in 1969 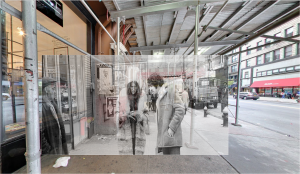 Janis Joplin stands outside the Chelsea Hotel in March, 1969 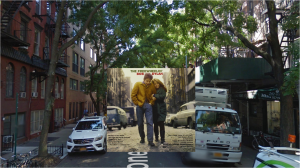 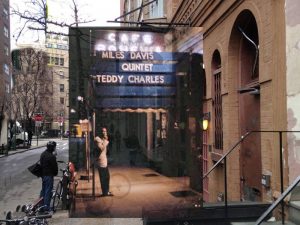 Miles Davis outside the old Cafe Bohemia, the jazz mecca which opened in 1955 (via Popspots) 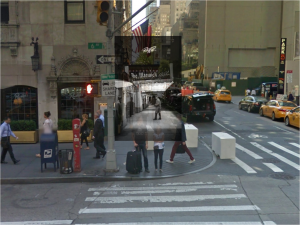 March 17, 1956. The Warwick. Elvis, on the cusp of superstardom, is walking into his hotel alone. 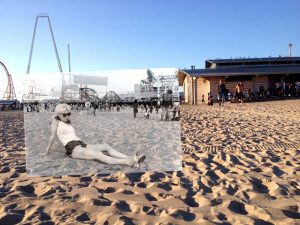 Debbie Harry relaxes on Coney Island in 1977 (via Popspots) 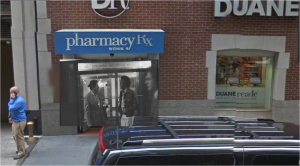 Miles Davis outside the CBS Studio Building, with producer Teo Macero, in 1971 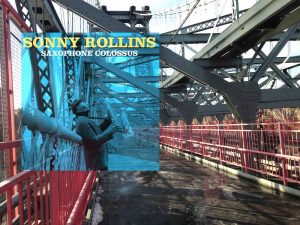 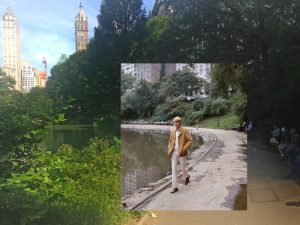 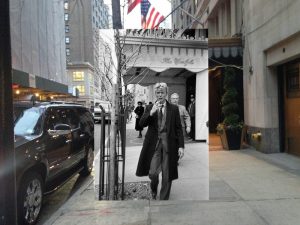 David Bowie outside the Carlyle Hotel, 1982 (via Popspots) 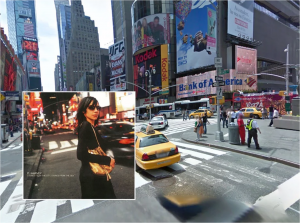 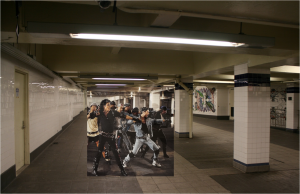 Michael Jackson in the video for “Bad” inside Hoyt-Schermerhorn station. 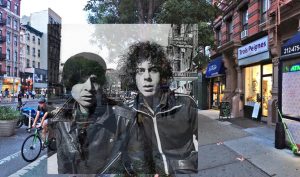 Suicide, photographed by Roberta Bayley in 1976. (via Popspots) 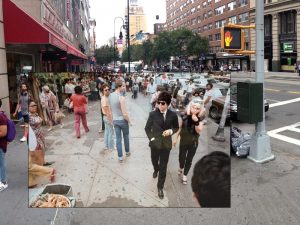 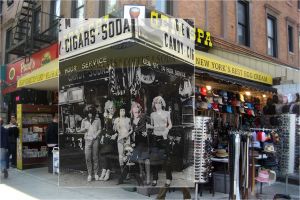 New Yorks Dolls pose for the backcover of their debut LP 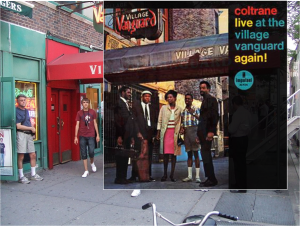 John Coltrane and his band in front of the Village Vanguard, May ’66 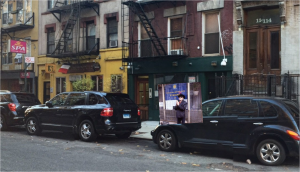 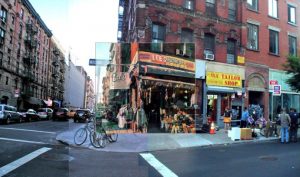 99 Rivington St, the cover of “Paul’s Boutique” by the Beastie Boys (via TrueToo) 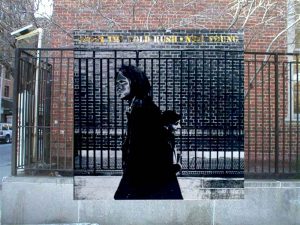 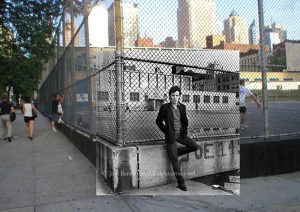 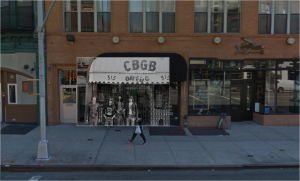 The Ramones, outside the legendary CBGBs