IN PRAISE OF COVER VERSIONS

As we celebrate the life and work of Joe Cocker who reinvented so many tunes with his unique voice, The Quietus’ Julian Marszalek looks at some truly definitive takes on classics and asks – is it the singer or the song?

In an age where so many goods, services and artifacts are seemingly aimed at the self – after all, how many products do you own with I, Me or Mine in their name? – it’s all too easy to forget that it takes a special kind of talent to not just to sing a song, but also to infuse it personality and meaning, to take ownership of it and breath new life into it.

To make a cover version that arrives from a totally new angle is a subtle and sometimes delicate art that only a select few are adept at mastering. Karaoke this ain’t.

It could be argued that before the arrival of The Beatles it was all cover versions wherever you went. Very few artists recorded their own material and that didn’t seem to bother anyone. Seriously – have you ever complained that Elvis’ ‘Blue Suede Shoes’ was a cover version? And, more to the point, did you even know that it was a cover? Whatever. Those four moptops from Liverpool changed everything…

And yet, as proved by the northern powerhouse that was Joe Cocker, even The Beatles could be improved upon. Their version of ‘With A Little Help From My Friends’ was, along with ‘What Goes On’ or ‘Yellow Submarine’, something that Ringo did to stop him getting bored behind the kit.

In Cocker’s assured hands and full-throated delivery – and with muscular assistance from future Led Zeppelin guitarist Jimmy Page – the song takes on a whole new lease of life. Likewise Ike and Tina Turner who took Creedence Clearwater Revival’s ‘Proud Mary’ from the bayou and effectively turned it into one of their signature songs.

What’s often forgotten is that a sensitive and creative cover version can shine a well-deserved spotlight on a song that has slipped into the shadows. Of course at this stage of the 21st century, the world and his brother are familiar with Leonard Cohen’s ‘Hallelujah’ but it’s really John Cale – Lou Reed’s former sparring partner in The Velvet Underground– who got the ball rolling with a re-arranged version of the song on a 1991 tribute album called ‘I’m Your Fan’.

Stripping back many of Cohen’s multiple verses, Cale laid down the template for future versions, most notably on recordings by the late Jeff Buckley, and Rufus Wainwright.

And then there are the cover versions that take on a whole new meaning when found in the hands of an artist a million miles away from the creator of the song. Probably the most famous example of this is to be found in Johnny Cash’s reading of Nine Inch Nails’ ‘Hurt’, a rendition that can reduce grown and mature adults to blubbering and quivering wrecks at fifty paces.

The original version appeared on Nine Inch Nails’ second studio album, ‘The Downward Spiral’, and despite the ambivalence of its author, Trent Reznor, the song is widely acknowledged to be a junkie lament, and the live version performed by Reznor with the late David Bowie did little to dispel this myth.

Now consider the alchemy conjured up by Johnny Cash and producer Rick Rubin. Appearing on their fourth collaborative work, ‘American IV: The Man Comes Around’, and recorded as Cash approached his inevitable demise, the song takes on a different timbre; this now becomes a lamentation on a life lived, a meditation on the loneliness of being the last man standing and facing up to an experience that others have gone through but are in no position to report on.

An almost unbearably lachrymose experience, its sweetened by the pathos of Cash’s sensitive and vulnerable delivery.

Cover versions don’t always mean bargain goods. In the right hands, these are gems that are refashioned and repurposed for new generations, new situations and new meanings. 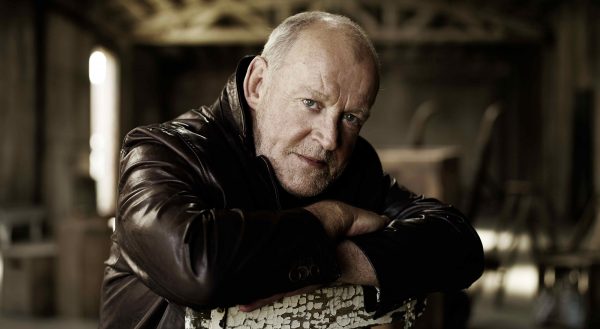 As we celebrate the life and work of Joe Cocker who reinvented so many tunes with his unique voice, The Quietus’ Julian Marszalek looks at some truly definitive takes on classics and asks – is it the singer or the song?