There is a widespread view that people who work for record labels don’t care about music. But actually, people here at Legacy are obsessed with music! So here is Sony Spotlight – an inside look at the people working within our label plus details about their stories, souvenirs and more!

SO JON, WHO ARE YOUR FAVOURITE ARTISTS?

Well Bruce Springsteen, David Bowie and Elton John I would consider life time artists and take up a large part of my  music collection, but I have to mention Led Zeppelin, The Clash and well, so many are now coming to mind, I best stop right there.  And I could do a very long list of country artists.  Bowie’s recent passing was such a sad moment for so many people, but knowing so many people are discovering or re-discovering him again is a great tribute to his Legacy.

– Bruce Springsteen River 1981 shows at Wembley Arena
I remember Bruce from 29/5/81 opening with Born To Run and the place erupting.  Also recall hearing him do Prove It All Night (my favourite track at the time) in the soundcheck.  Got there stupidly early!  Bruce still is the greatest live show around and I’ve had the pleasure of seeing him around the world many times.  Looking forward to seeing him again soon, whenever, wherever that is, hopefully on The River tour, which was the tour I first saw him on in 1981. 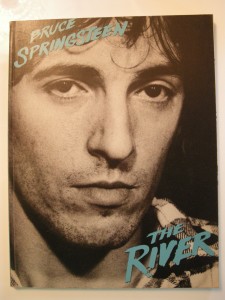 – The Clash Wirrina Stadium Peterborough 1978
I can remember the Clash opening with Safe European Home on their ‘Sort It Out Tour’ and 1500 people going mental.  Biggest pogo pit I had ever seen!  I still have the show on a cassette.  I suppose this show had the most effect on me and really made me want to be in a band.  Not sure what happened there though! 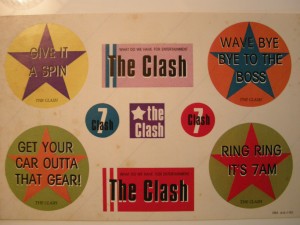 – David Bowie Rock City Nottingham
Bowie I remember clearly,  he walked on,  with no announcement, with just an acoustic guitar and then we heard the opening chords of ‘Quicksand’.  This was the tour for Earthling, his drum and bass album, so it was a real shock from what I was expecting.  Only 1500 or so in the venue and he played many classics.  Sad to know I’ll never see him again perform. 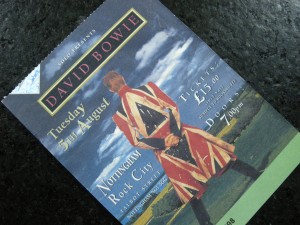 – Rage Against The Machine Rock City Nottingham
This show was in the bar at Rock City, around 250 people and their first ever UK show.  It was the nearest thing I’d seen since the Clash, having the most unbelievable energy and Zack being an incredible frontman.

– Garth Brooks, The Wynn, Las Vegas
A one man show and a one off memory.

FAVOURITE ALBUMS OF ALL TIME?

Bruce Springsteen ‘Darkness On The Edge of Town’

After that there’s about 100 in second place.  Favourite albums really do change over the years and you just have to revisit one and its back up there.  So I will leave my number 1 album on a pedestal of its own.

Well the first album I owned was David Bowie’s Ziggy Stardust.  I can’t really remember how I came to own it.  I’m pretty sure I didn’t steal it!  The first album I bought was from Andy’s Records on Bridge St in Peterborough. It was Ted Nugent’s first solo album and is an absolute rock classic. It cost £2.19!  I then went onto work at Andys for several years.

Has to be my Pearl Jam ‘Yield’ Road sign! 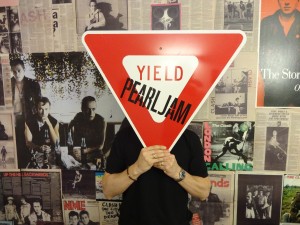 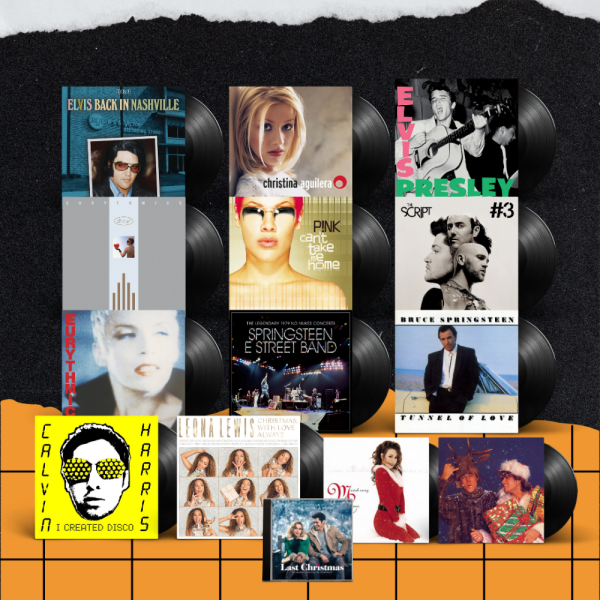