Most of the featured examples are taken from horror’s ‘golden years’ – the ’70s & ’80s – and in particular, from Italy where the cult film genre known as ‘Giallo’ would produce some highly creative and extraordinary soundtrack works.

Horror soundtracks are their own world, for they incorporate a multitude of musical styles that no other genre takes as much from and deploys to such incredible effect. Incorporating elements of prog, metal, funk, folk, jazz or motorik propulsive beats, the horror soundtrack reigns supreme.

To celebrate the wonder of the horror score and Halloween, here are 10 of the very finest spooked out gems. Sit yourself down, light some candles, turn the volume up and dig in… 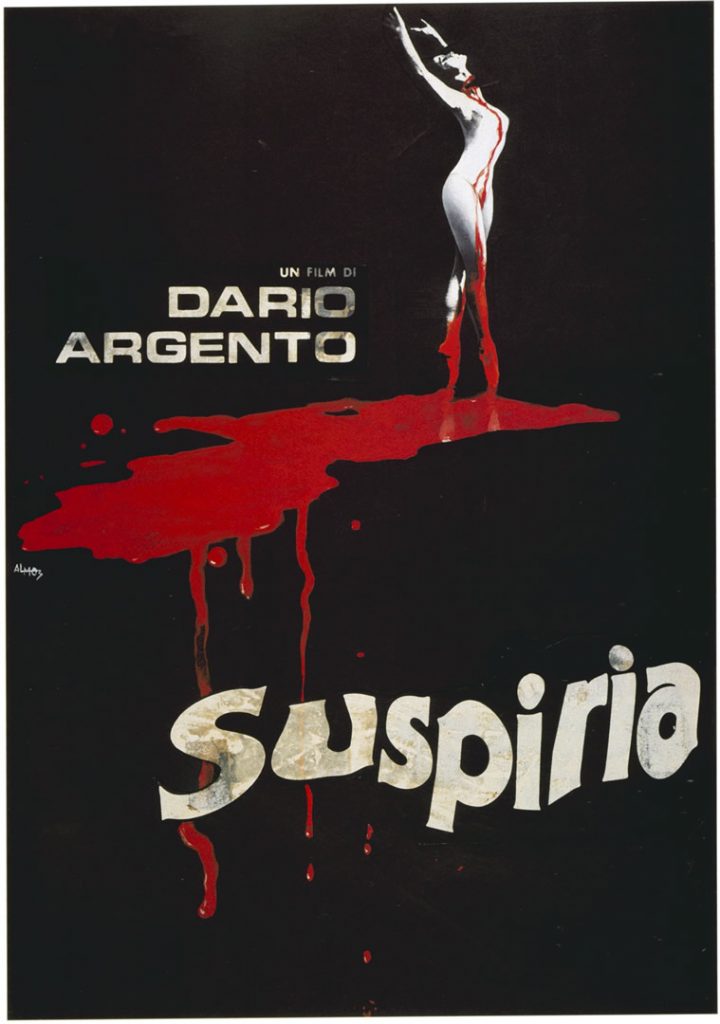 The motherlode of all horror soundtracks. Italian prog overlords Goblin had already set the bar high in 1975 on Dario Argento’s ‘Profondo Rosso‘, recording a memorable score in a mere ten days. Reuniting with Argento two years later and given three months to work with, Goblin were asked to score ‘Suspiria‘, a blood drenched gothic tale of witchcraft and pure, festering evil.

Argento’s macabre film is ramped to the max by Goblin’s malevolent progressive score, with its hugely effective use of out of tune violins, screams, chants, System 50 Moog (as most famously used by Keith Emerson), whispers, timpani, depraved brass notes and synthesiser lines ripped straight out of the devil’s handbook. Essential.

Reazione A Catena aka Twitch Of The Death Nerve aka Bay Of Blood (1971)
Composer: Stelvio Cipriani 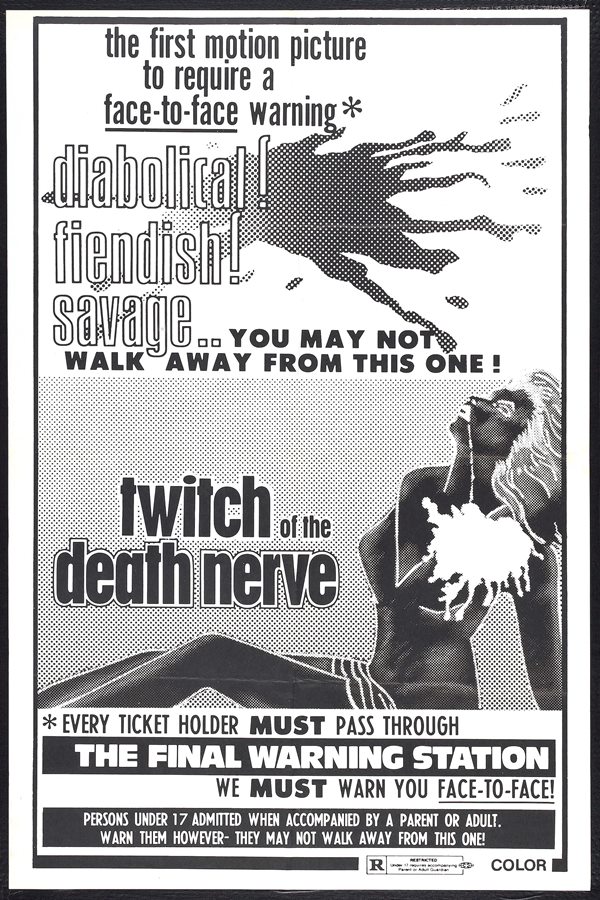 Prolific Italian composer Stelvio Ciprani’s first score for his Italian compatriot, the great film director Mario Bava, came with ‘Bay Of Blood’, a ground-breaking proto slasher that would influence the likes of John Carpenter, Wes Craven and Sean S. Cunningham (Friday The 13th) and set the template for a whole host of early 80s Slasher flicks. The title theme is Cipriani at his best, tribal drums and percussion underpinning some beautiful harpsichord work and gorgeous string arrangements.

Throw in some unsettling organ notes, subtle electric guitar, punchy bass and woodwind instruments and you have a brilliant opening piece of music which sets the template for what’s about to unfold on screen. The rest of the album is an aural treat, ranging from euro-cool jazz (‘Due Amati’), classical piano (‘Evelyn’s Theme’), frothy, sweet pop arrangements (‘Giovani E Liberi’), weird, experimental Moogtronica (‘Ritrovamento Del Cadaveri’) and further explorations into exotica utilising the central theme. 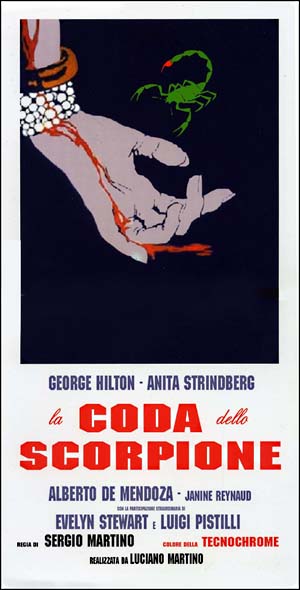 Longtime Ennio Morricone sidekick Bruno Nicolai struck gold with his soundtrack to Italian director Sergio Martino’s film. This soundtrack is a real monster – all heavy electric bass, creepy guitar notes that sound like they were written during an occult ceremony, freaky synths and some very unnerving chord progressions, it‘s just the sort of thing to play and terrify your neighbours with on Halloween.

Utterly fantastic, some of the album sounds like it could be from Miles Davis‘ ‘Bitches Brew’, if played by psychopathic Gregorian monks. At other times it is a string-driven, absorbing and ‘out there’ listening experience in its own right.

The Beyond (1981)
Composer: Fabio Frizzi 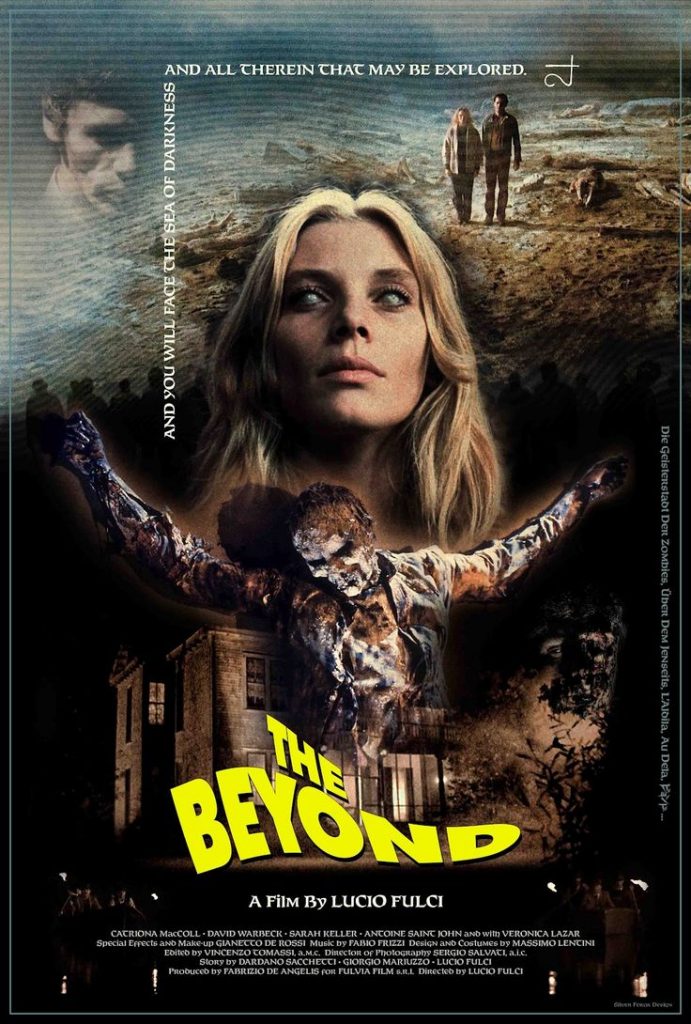 The wonderful Fabio Frizzi knows his way around a horror soundtrack, he has well over 50 scores to his name and is a complete master of analogue synth heavy, fret-bass friendly, prog flecked compositions. It was Frizzi’s work for Italian gore-fest director Lucio Fulci (‘Zombi 2’/’City Of The Living Dead’/’House By The Cemetery’) which saw him bring the horror OST to a new level.

Utilizing sounds that could be created on the Mellotron alongside Jupiter 8, Prophet 5 and the Yamaha CS80 keyboards, Frizzi moulds classical, opera and prog to devastating effect, bringing in his own ‘death choir’ for pure theatre. The film’s storyline concerns the opening of the gates of hell and Frizzi is right there pushing us across the threshold with this dementedly brilliant score. 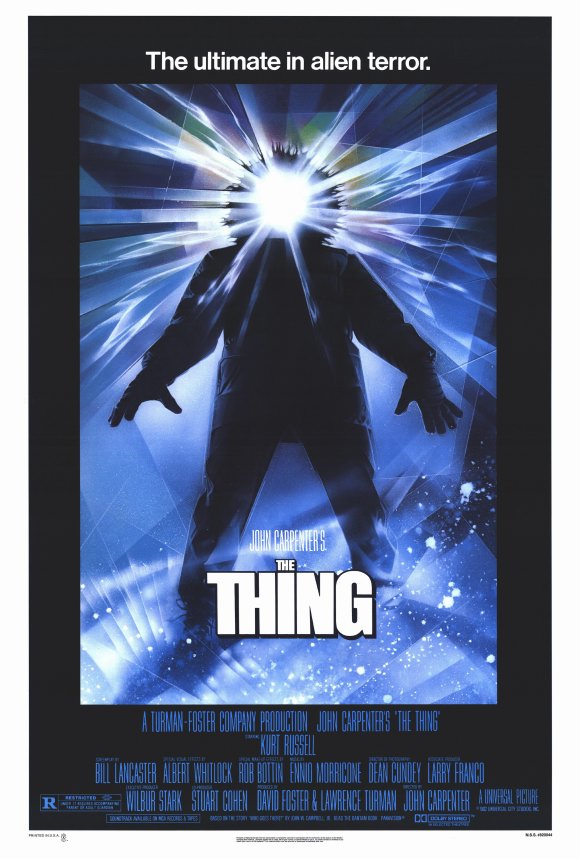 The first time John Carpenter used an outside composer the job fell to maestro Ennio Morricone. Carpenter was too busy making the film itself and did not have the necessary time to write his own score. Morricone approached the commission wanting to produce a soundtrack that was very ‘John Carpenter’ sounding, a worthy addition to the Carpenter canon that included ‘Assault On Precinct 13’, ‘Escape From New York’ and ‘Halloween’.

Morricone proceeded to deliver a bleak and sparse electronic symphony (perfectly complementing the film’s storyline and location) to which Carpenter and his sideman Alan Howarth added synth parts for the film’s final cut. Sections of Morricone’s original score that did not make it to the final film would later be used in Quentin Tarantino’s ’The Hateful Eight’. The ‘Main Theme’ delivers everything you could possibly want from a Carpenter-Morricone combination – all isolation, fear and unseen menace. 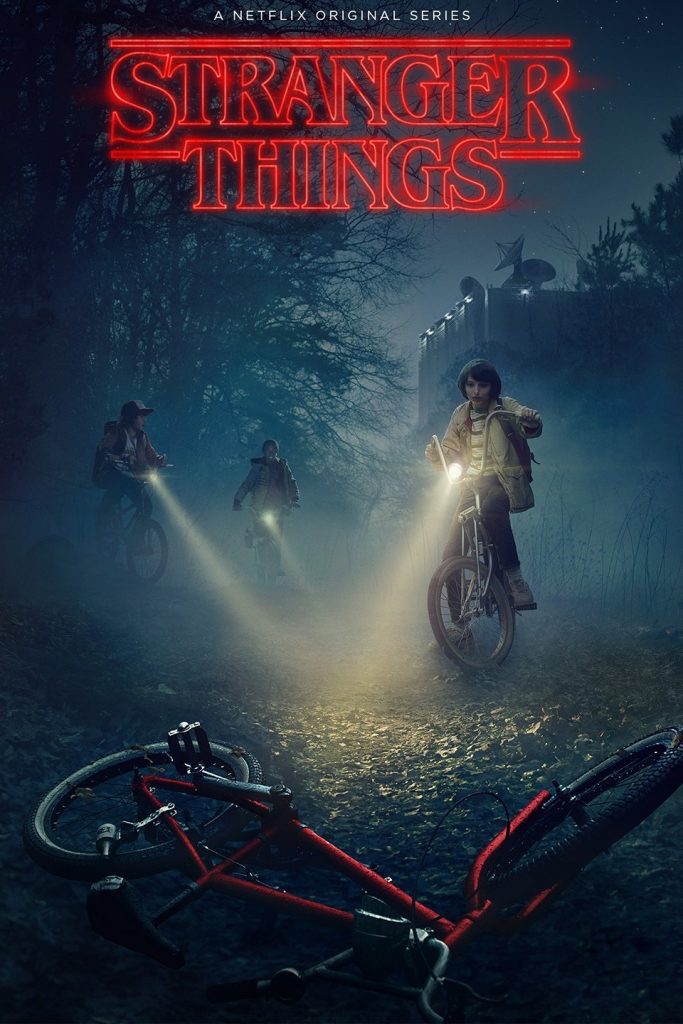 The music from the Netflix smash Stranger Things plays out as good as the series itself, it is a wondrous take on VHS-era horror scores but sounds very contemporary and futuristic.

Drawing on a hefty influence from German synth gods Tangerine Dream, composers Michael Stein and Kyle Dicon have really captured the imagination with their deftly arranged musical selections that invoke images of Stephen King and Daily Mail headlines calling for the ban of VHS horror films. Authentic and superb. 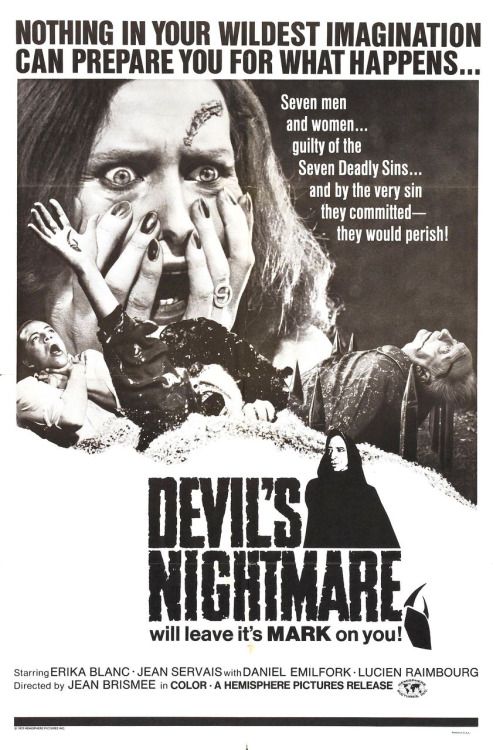 The man who provided the whistling on a whole host of classic spaghetti westerns, among them ‘A Fistful Of Dollars‘, came up with this acid fuzz guitar drenched spook-out of a soundtrack. This is a very eerie, highly sinister body of work featuring ghostly, wordless vocals from the great Nora Orlandi who along with Edda Dell’Orso contributed so much to the Italian soundtrack world of the 1960s & 70s. 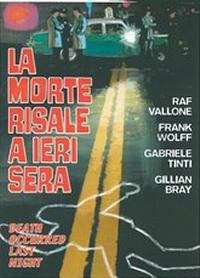 A holy grail among horror soundtracks, an original vinyl pressing on the Cinevox label now commands a £350+ price tag. Italian composer Gianni Ferrio pulls out all the stops here. This album has everything, the title theme is truly a thing of wonder in its stunning melody, arrangement and outstanding musicianship complete with phenomenal drums. Throughout the album Ferrio shifts between colossal, groovy, big band workouts, deep lounge, jerk beat, moody jazz and highly atmospheric incidental music to produce a certified masterpiece.

Not on the original LP, but later added to the CD release as a bonus track, is a vocal version on the opening track ‘I Giorni Che Ci Appartengono‘ from Italian superlungs Mina, once described by Louis Armstrong as “the greatest white singer in the world“. Mina’s vocal version is one of the finest things ever recorded, a tour de force vocal performance that is second to none.

Tutti I Colori Del Buio aka All The Colours Of The Dark (1972)
Composer: Bruno Nicolai 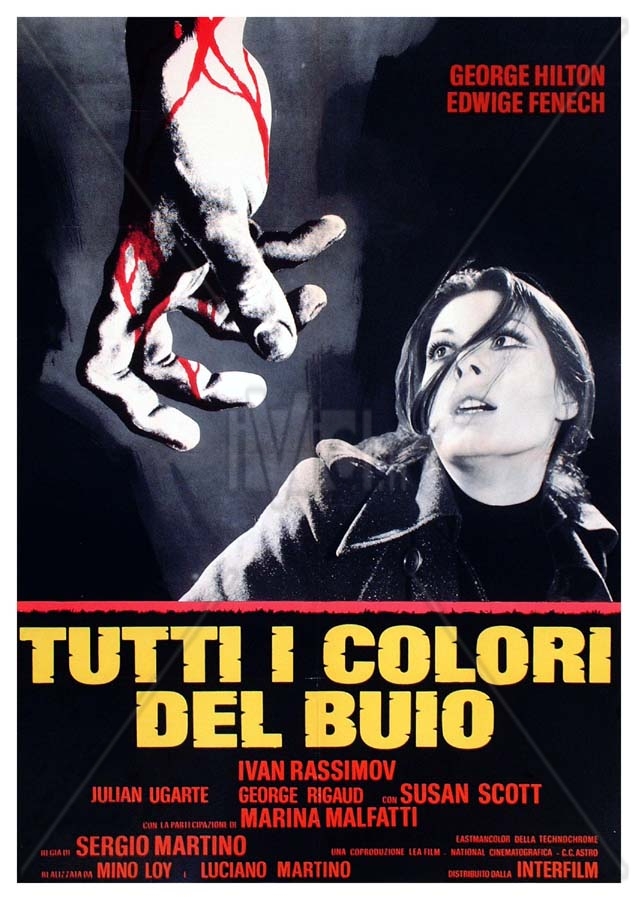 Another extremely hard to find original LP, Nicolai is joined by wordless vocalist Edda Dell’Orso and Alessandra Allessandroni as he weaves a sonic tapestry of exceptional bass and drums, eastern/sitar flavoured wig outs, avant-garde jazz, sumptuous string arrangements and off-kilter lullabies. It is an exceptional soundtrack, one of pure quality from start to end. 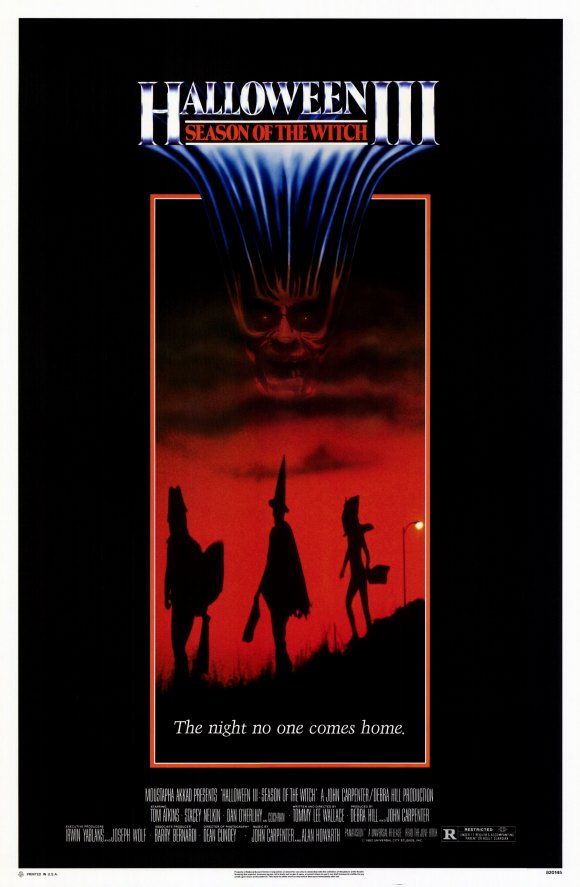 John Carpenter and sidekick Alan Howarth’s music for Halloween 3 was recorded entirely on analogue synthesisers and a Linn drum machine. It sounds as contemporary today as it did on its original 1982 release.

Discarding the main theme’s piano motif (which was deployed so effectively in Halloween & Halloween II) for cold electronic synth stabs, utilised to devastating effect on tracks such as ‘The Shape Stalks’ and ‘In The Operating Room’. This is a disquieting piece of work that more than makes up for the actual film’s absence of celebrated psycho killer Michael Myers. 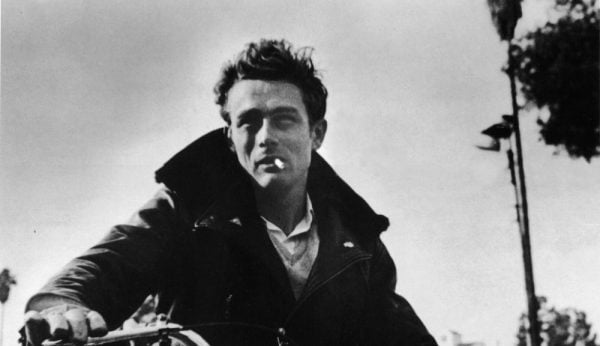 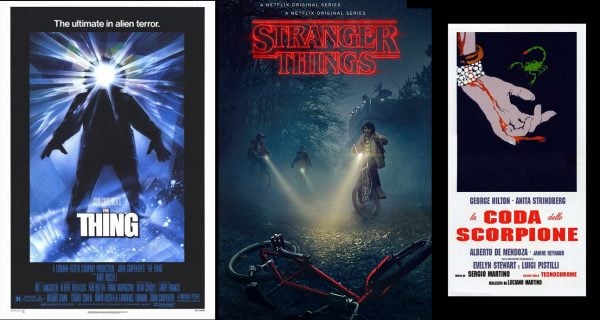 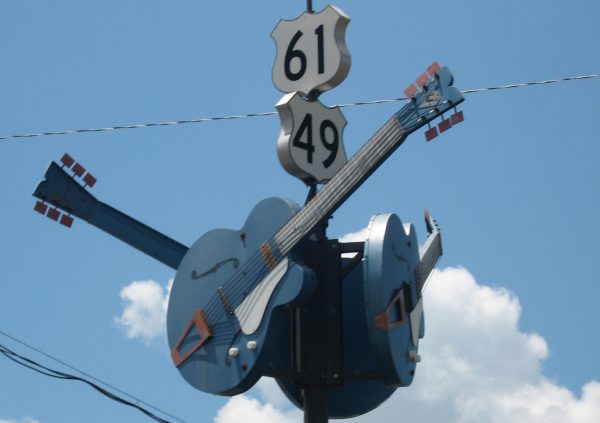