10 things you need to know about Janis Joplin

1. SHE GOT A RECORD DEAL OFF THE BACK OF HER PERFORMANCE AT MONTEREY POP FESTIVAL IN 1967
Regarded by many as “one of the very, very heavy moment in rock and roll”, this was also one of her earliest major public performances with band Big Brother and the Holding Company. She gave a provocative rendition of “Ball ‘n’ Chain” which you can watch here

2. SHE RELEASED 4 STUDIO ALBUMS – ONE FOR EVERY YEAR OF HER CAREER 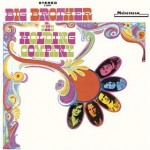 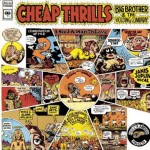 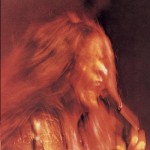 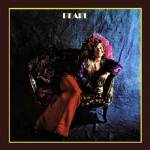 3. HER BIGGEST ALBUM WAS RELEASED POSTHUMOUSLY…
Recorded at Sunset Sound in Los Angeles and named after a nickname she chose while on tour with Full Tilt Boogie, ‘Pearl’ comprised 9 finished tracks and one instrumental to which she didn’t have time to add vocals, prophetically titled ‘Buried Alive in the Blues’. She died on October 4th, 16 days after Jimi Hendrix.

4. … AS WAS HER NUMBER 1 SINGLE IN THE US
“Me and Bobby McGee” is the 2nd posthumous number-one single in U.S. chart history after “(Sittin’ On) The Dock of the Bay” by Otis Redding. 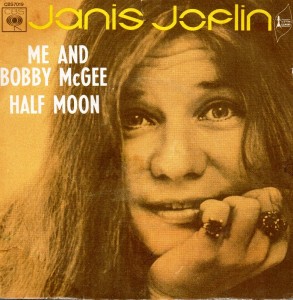 5. SHE CHANGED STEVIE NICKS’S LIFE
“Janis Joplin had a connection with the audience that I had not seen before, and when she left the stage – I knew that a little bit of my destiny had changed. I would search to find that connection that I had seen between Janis and her audience. In a blink of an eye, she changed my life”. – Stevie Nicks (Fleetwood Mac) 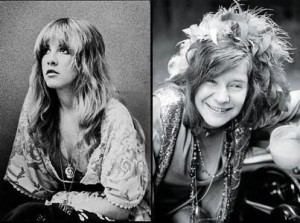 6. THE LIST OF FEMALE MUSICIANS SHE INFLUENCED IS ENDLESS
Bette Midler, Kim Gordon, Chrissie Hynde, Donna Summer, P!nk, Alicia Keys and Florence Wells have all been quoted as big fans… as you can read here

7. LEONARD COHEN’S ‘CHELSEA HOTEL #2’ IS ABOUT HER
“I remember you well in the Chelsea Hotel / you were famous, your heart was a legend. / You told me again you preferred handsome men / but for me you would make an exception.”

8. THE MAMAS AND PAPAS WROTE A TRIBUTE SONG TO HER CALLED ‘PEARL’

9. THE NEW DOCUMENTARY ‘JANIS: LITTLE GIRL BLUE’ IS IN CINEMAS THIS MONTH AND YOU SHOULD GO SEE IT!
Directed by Oscar nominated Amy Berg and narrated by Cat Power

10. THE ‘JANIS: LITTLE GIRL BLUE’ SOUNDTRACK IS AVAILABLE NOW
It brings together 17 essential Janis Joplin live and studio performances, including classic solo and Big Brother & the Holding Company tracks. The album debuts a previously unreleased version of “Piece of My Heart” (featured in the documentary and recorded live at the Generation Club in New York City in April 1968). The album is available now on iTunes and will be available on Amazon from March 4th.