12 things you need to know

LEONARD COHEN WILL CELEBRATE HIS 81ST BIRTHDAY THIS YEAR
He was born shortly before Elvis Presley on September 21, 1934 in Montreal, Quebec, Canada.

HE HAD SOLD OVER 23 MILLION ALBUMS AND PUBLISHED 12 BOOKS,
the most recent of which was 2006’s ‘Book of Longing’, a collection of poetry, prose and drawings: 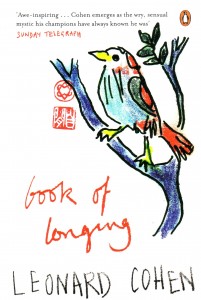 HE PUBLISHED HIS FIRST VOLUME OF POETRY AT 22
and decided, aged 32, to write songs for a living instead of poems and novels.

HE PLAYED AT THE ISLE OF WIGHT FESTIVAL IN 1970
alongside Jimi Hendrix, The Doors, The Who, Joni Mitchell, Miles Davis and Jethro Tull. This was a few years after the release of his first album ‘Songs of Leonard Cohen’ in 1967 and part of his first ever tour. 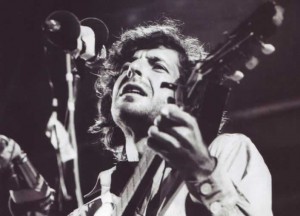 HIS FIRST SIGNATURE SONG WAS ‘Suzanne’
which he wrote about a woman called Suzanne Verdal, who was married to one of his friends at the time. Even after she divorced her husband, she and Leonard never became an item. 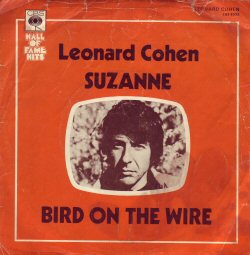 Here is Hallelujah in Hebrew…

and a Bob Dylan live cover:

HE WAS INDUCTED INTO THE ROCK AND ROLL HALL OF FAME IN  2008,
where the revered Lou Reed singled him out as one of the “highest and most influential echelon of songwriters.”

HE RECEIVED A GRAMMY AWARD FOR LIFETIME ACHIEVEMENT IN 2010

HIS FIRST OFFICIAL DVD WAS ‘Live In London’
and his latest one was titled ‘Live in Dublin’. Here is an extract:

HE WAS AWARDED THE HIGHEST LITERARY AWARD IN SPAIN:
the prestigious Principe de Asturias Prize, which he received in 2011. 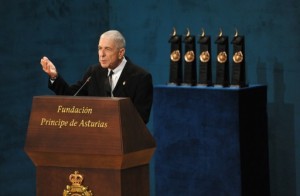 HIS SONGS HAVE BEEN USED IN VARIOUS FILMS AND TV PROGRAMS
including Watchmen, The Passion of The Christ, Natural Born Killers, The Wonder Boys, Pump Up The Volume, Secretary, The West Wing and many others.

Fans of The O.C. most likely discovered Jeff Buckley’s cover of ‘Hallelujah’ in this poignant scene: