Elvis Presley – Way Down In The Jungle Room

The most complete and comprehensive collection of Elvis Presley’s final studio recordings ever assembled in one anthology, the new 2CD collection ‘Way Down In The Jungle Room’ is an essential and welcome addition for every fan’s library. 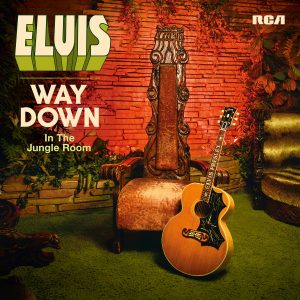 Needing to create new sounds for a new era, Elvis Presley decided to convert the Hawaiian-themed “Jungle Room” (a relaxation den in his fabled Graceland mansion in Memphis, Tennessee) into an informal home studio, where he could lay down tracks the way he wanted, outside the budget and scheduling pressures of the professional studios he’d worked in previously. 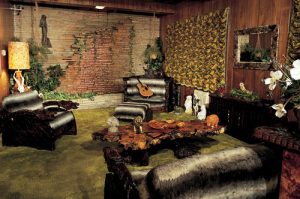 According to the album’s producers, ‘Way Down In The Jungle Room’ has been re-sequenced to “bring a fresh perspective to the material.”

The material on Disc 2 – The Outtakes was mixed for this collection at the Sam Phillips Recording Service in Memphis and includes both outtakes and in-the-studio dialog, providing a “fly-on-the-wall experience of what the sessions were like.” With the exception of track 13 (“She Thinks I Still Care”), the performances on Disc 2 have been sequenced in the order they were recorded.

You can pre-order the 2CD collection on Amazon now.