Elvis Presley If I Can Dream

With The Royal Philharmonic Orchestra

‘If I Can Dream: Elvis Presley With The Royal Philharmonic Orchestra’

Listen to the title track now!

As an exciting revisit of Elvis’ work, If I Can Dream focuses on the iconic artist’s unmistakable voice. Recorded at Abbey Road Studios in London with acclaimed producers Don Reedman and Nick Patrick, the 14-track album features Elvis’ most dramatic original performances augmented with lush new arrangements by The Royal Philharmonic Orchestra, plus a duet with Michael Buble and appearances by Il Volo and Duane Eddy.

“This would be a dream come true for Elvis,” Priscilla Presley says of the project. “He would have loved to play with such a prestigious symphony orchestra. The music…the force that you feel with his voice and the orchestra is exactly what he would have done.”  Don Reedman also commented, “Abbey Road Studios and the Royal Philharmonic Orchestra are as good as it gets and Elvis deserves as good as it gets.”

Arranger Nick Patrick said, “This is the record he would have loved to make.”  If I Can Dream also highlights Elvis Presley’s diverse musical tastes and appreciation for great vocalists spanning a variety of genres from standards to opera.

The below artwork is specific to the UK release, which can be order now via Amazon.

UK fans will be able to get their hands on a super deluxe version of ‘If I Can Dream’ with the Royal Philharmonic Orchestra that includes three extra tracks on two vinyl, CD, a poster and a 12″ booklet all in a beautiful box. Take a look on Amazon

A limited edition, double A-side single featuring ‘If I Can Dream’ and ‘Bridge Over Troubled Water’ is available on Amazon

Elvis ‘Today’ is The King of Rock and Roll interpreting classic songs recorded by renowned artists such as Tom Jones, Don McLean and the Pointer Sisters. Disc 1 will feature both the original album, plus an alternate mix with rare, un-dubbed session mixes, as well as a second disc of live performances. Order yours here. 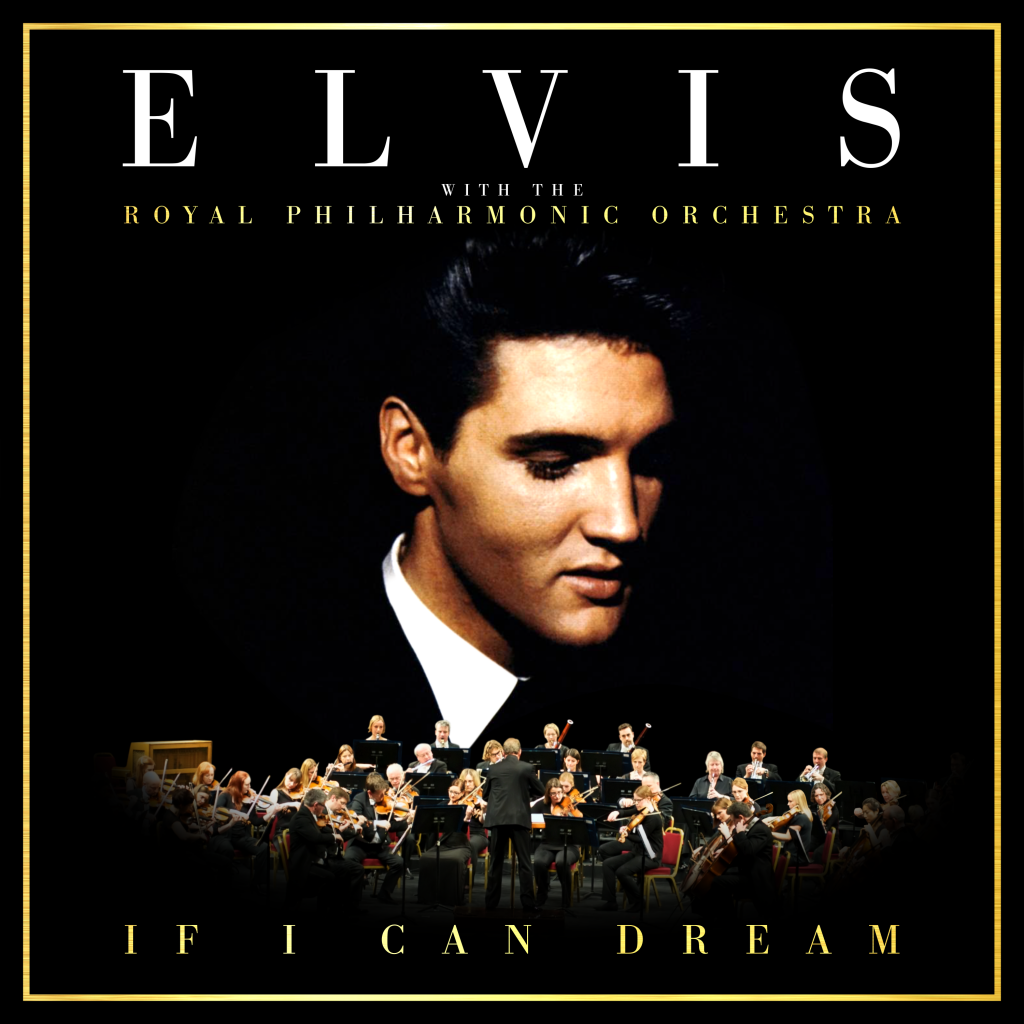