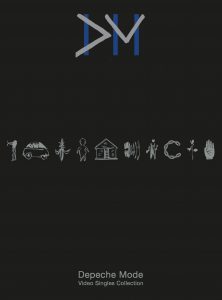 Formed in 1981, Depeche Mode continue to win critical and commercial acclaim around the world, both in the studio and on the road. The band has released 13 studio albums which reached the Top 10 charts in more than 20 countries including the US, UK, Germany and France.

The group’s last album, 2013’s ‘Delta Machine’, debuted at the #1 chart spot in 12 countries and was followed by a world tour which saw the band play for more than 2.5 million fans.

The new DVD set presents more than three decades worth of Depeche Mode’s international hit singles as lensed for the group’s mind-blowing progression of innovative and provocative music videos directed by a who’s who of cinematic visionaries including Julien Temple, Anton Corbijn, D.A. Pennebaker, John Hillcoat and others.

The collection will be released on November 11th 2016 and you can pre-order your copy today.